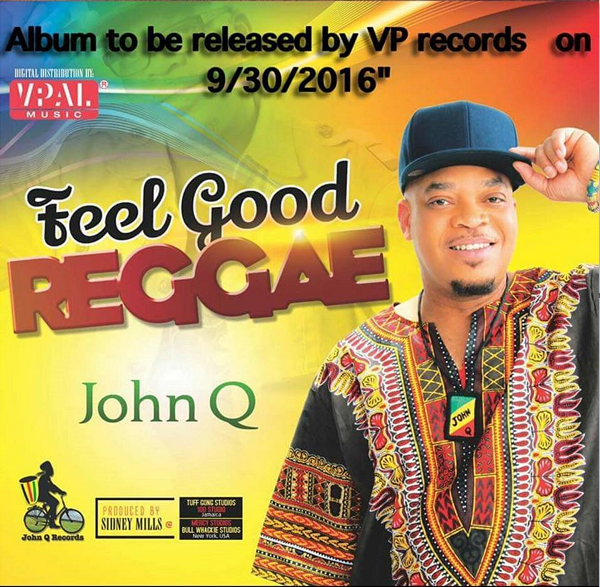 Born John Samuel Babington Kwesi Quansah in Accra, Ghana West Africa, “John Q” had a very good upbringing. He was raised by his mother, Juliana Solomon Sackey, a teacher and pastor, and his father John Babington Kwaanan Quansah, a business man.  John Q’s music life began when he was enrolled into a music and math elementary boarding school at Nsawam, in the out skirts of Accra. John Q began his musical life and at Rev John Teye Memorial Institute in Ghana and at the age of twelve, John was introduced to Bob Marley’s music. Bob’s music helped him to deal with his father’s death, and also to build his identity as an African man who was proud of his roots, culture and history. He knew he wanted to be a reggae singer some day, but was not sure if that was going to happen. John Q who plays the guitar and sings in 4 languages including Twi, Ga, English and Spanish is the CEO of New York based, John Q Records, which has produced music for New York based artists for the past 12 years. John Q Records is now working on a compilation between John Q and Claudius England titled ‘Kingston to Accra’ which advocates for African and Caribbean Unity. This project was produced by Sidney Mills of Steel Pulse, Dean Fraser, Ariff Butler and others. The album was recorded at Tuff Gong in Kingston, Jamaica.
Great musicians like Sidney Mills and Bubbler Walls on Key Board, Mike Chung on Guitar, Squidly Cole and C-sharp on drums, Alvin on Percussions, Dean Fraser on Saxophone and Flabaholts and Aion on Bass. For an African brother who has always looked up to great reggae artistes like Bob Marley , peter Tosh, Bunny Wailer, Burning Spear , Black Uhuru, Steel Pulse, Skatelites, Mighty Diamonds, Pioneers, Israel Vibrations Musical Youth and other great reggae bands it was an honor to be able to record in Jamaica and be a part of the reggae music history. It’s all about international reggae music.