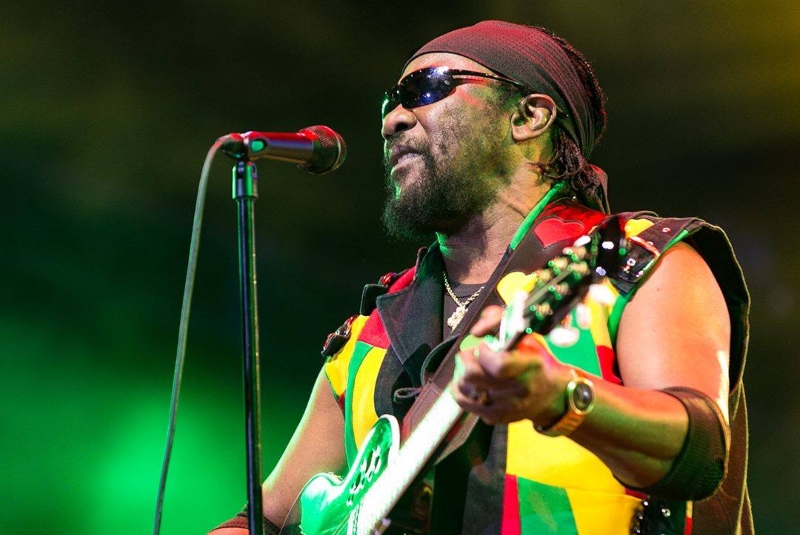 Toots Hibbert, a Father of Reggae, Is Dead

The first to use the word reggae on a record, he sang in a soulful tone and wrote songs with subtle social commentary, helping bring the sounds of Jamaica to the world.

Toots Hibbert, one of the fathers of reggae music, whose vocals imbued the genre’s sound with an exhortatory power drawn from American soul, died on Friday night in Kingston, Jamaica. He was believed to be 77.

His death, in a hospital, was announced on the social media accounts of his band, Toots and the Maytals. No cause was specified, but he was recently reported to have been hospitalized with Covid-like symptoms.

Mr. Hibbert holds a firm spot in Jamaica’s musical pantheon as the first artist to use the word reggae on a record, on the rollicking 1968 single “Do the Reggay” by his group, which was originally billed simply as the Maytals. By some accounts, it was an accidental coinage — Mr. Hibbert has said he was thinking of “streggae,” local slang for a “raggedy” woman — but it stuck, branding the new sound that would become Jamaica’s greatest cultural export.

Although Mr. Hibbert never attained the same level of global fame as Bob Marley, he was immensely popular in Jamaica and was adored by critics and fellow musicians for a body of work that helped establish some of reggae’s fundamentals.

On classics like “Pressure Drop,” “Monkey Man” and “Sweet and Dandy,” Mr. Hibbert sang in a raw but sweet tone that had echoes of Ray Charles, and he was often compared to other giants of soul music.

“As a singer, he’s amazing,” Keith Richards said in a profile of Mr. Hibbert in Rolling Stone last month. “His voice reminds me very much of the timbre of Otis Redding. When you hear him do ‘Pain in My Heart,’ it’s an uncanny resemblance.”

Like Marley, Mr. Hibbert came to embody the message of early reggae as hopeful and uplifting, yet unsparing in its portrayal of common people’s struggles. As a songwriter, Mr. Hibbert crafted simple morality tales, often with just a handful of lyrics that boil up in repetition. With their musky arrangements and lilting upbeat, the songs were so danceable that Mr. Hibbert’s subtle commentaries on poverty and injustice could be overlooked.

“54-46, That’s My Number,” from 1968, is a stark portrayal of a police shakedown (“Stick it up, mister”; “Turn out your left pocket”) based on Mr. Hibbert’s own arrest in 1966 over marijuana possession; he spent about a year in jail, though he long maintained that he had been framed.

Another song, “Sweet and Dandy,” captures the jitters among a poor family before a wedding, where the menu includes inexpensive cake and “kola wine.”

“A hundred years from now, my songs will be played, because it is logical words that people can relate to,” Mr. Hibbert told Rolling Stone in 2010, when the magazine put him at No. 71 in its list of the greatest singers of all time.

Further hits, like “Bam Bam” from 1966, made Mr. Hibbert and his group among the decade’s biggest stars in Jamaican music. They found a wider international audience thanks to “The Harder They Come,” the seminal 1972 Jamaican crime film, in which the Maytals make a cameo appearance, performing “Sweet and Dandy” in a recording studio. That song, along with “Pressure Drop” — later covered by the Clash — was included on the film’s hit soundtrack album, which made reggae a sensation around the world.

In “The Harder They Come,” Jimmy Cliff plays a character, Ivan, whose background bears a resemblance to Mr. Hibbert’s — a country boy who arrives in the big city and seeks fame through music, then sells away the rights to his song for a pittance.

Frederick Nathaniel Hibbert was born (sources differ on the date, but his representatives say it was Dec. 8, 1942) in the rural town of May Pen, Jamaica, to parents who were Seventh-day Adventist preachers and owned local businesses, including a bakery. The youngest of several children, Frederick — who was given the nickname Little Toots by a brother — was drawn as a teenager to Kingston, about 35 miles away, where he got a job at a barbershop.

Around 1962, he formed a vocal trio with Raleigh Gordon and Jerry Matthias, and the young men soon became a top act in the new scene that developed around ska — the up-tempo style, heavily influenced by American R&B, that predated reggae.

Their earliest hits, like “Hallelujah” and “Six and Seven Books of Moses,” both from 1963 and both produced by Coxsone Dodd, reflected Mr. Hibbert’s religious upbringing and offered a taste of the excitement he could bring to a simple melody. Those and other early records were sometimes released overseas under the names the Vikings or the Flames.

Mr. Hibbert recently told Rolling Stone that Mr. Dodd, one of the most influential Jamaican producers of the era, who died in 2004, had sometimes paid Mr. Hibbert for his songs with food. For the early track “Hello Honey,” he said, “Coxsone gave me one patty.”

“I was very hungry,” Mr. Hibbert added, “and I love a patty, and that’s what I got paid for my first song.” Over the years, he frequently complained that, like other reggae pioneers, he had not been compensated fairly for his music.

In 1966, the Maytals’ “Bam Bam” won a major national song competition. Its forthright lyrics — “I want you to know that I am the man/Who fight for the right, not for the wrong” — positioned Mr. Hibbert as an assertive voice for social justice. The victory brought the group media attention throughout Jamaica, but shortly after, while returning home from a tour date on the country’s northern coast, Mr. Hibbert was arrested and jailed on the marijuana charge.

“Bam Bam” became a reggae standard. In 1982, another song with that title, by the singer Sister Nancy — which drew heavily from the Maytals’ original — entered the lexicon of hip-hop as well, sampled by dozens of artists including Gang Starr, Kanye West and Lauryn Hill.

Mr. Hibbert had long been the Maytals’ main songwriter and charismatic focal point onstage, and by 1969 the group was billed as Toots and the Maytals. In 1970, it charted overseas for the first time, with “Monkey Man” reaching No. 47 in Britain.

After “The Harder They Come,” the band signed with Island Records and in 1975 released “Funky Kingston,” a compilation that drew from two recent albums — one of them, confusingly, was also called “Funky Kingston” and had nearly identical cover art — and was recognized almost instantly as a reggae classic.

The 1975 version includes Mr. Hibbert’s takes on John Denver’s “Take Me Home, Country Roads” — with “West Virginia” in the lyrics changed to “West Jamaica” — and the garage-rock mainstay “Louie Louie.” In its 1950s original, by the American R&B singer Richard Berry, “Louie Louie” told the story of a lovesick Jamaican sailor.

In 1975, Toots and the Maytals opened for the Who on an American tour. It was another potential breakthrough moment, but the band was heckled by unappreciative rock fans. The next year, the group released the well-received “Reggae Got Soul,” though both that and “Funky Kingston” stalled in the mid-100s on Billboard’s album chart.

Around the same time, Bob Marley, with his group the Wailers, was establishing himself as reggae’s biggest hitmaker and most prominent global ambassador.

In a recent interview with the British newspaper The Independent, Mr. Hibbert said that he and Marley had never been rivals.

“We always enjoyed hearing each other singing — ska music, up-tempo music and reggae music,” he said. “My memories of that time are of happiness. The Maytals and the Wailers always had a good time together. It’s good to remember where this music comes from.”

Among Mr. Hibbert’s later releases were the solo album “Toots in Memphis” (1988) — a run through soul favorites by Redding, Al Green and Eddie Floyd — and “Recoup” (1997). In 2005, Toots and the Maytals’ “True Love” — featuring the band’s biggest hits, rerecorded with stars like Willie Nelson, Eric Clapton, Bonnie Raitt and Manu Chao — won a Grammy Award for best reggae album.

Mr. Hibbert toured frequently until 2013, when a fan at a concert in Richmond, Va., tossed a vodka bottle onstage. The projectile hit him in the head and gave him a concussion, keeping him off the road for three years.

In August, Toots and the Maytals released “Got to Be Tough,” Mr. Hibbert’s first studio album in a decade. Among its highlights was a version of Marley’s “Three Little Birds,” recorded with Ziggy Marley, Bob Marley’s son.