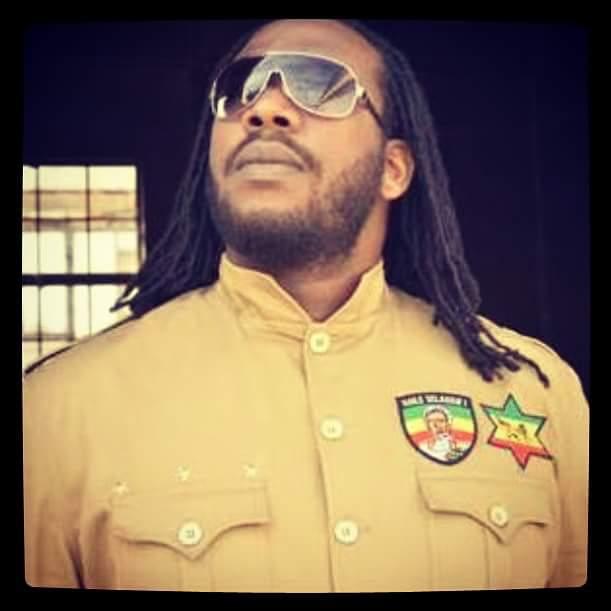 Junior X aka The Prince Of the Battle Field is a talented Rastafarian chanter whose inspiration comes from the most high. Armed with music he is on a mission to eliminate negativity. Talented, inspirational, superb and unique are just the least of words to describe Junior X whose real name is Richard White. He was born in the Winward Road area of Rockfort, in east Kingston, where he grew up with his mother Marjorie Major. He attended the Home Basic School and the Elletson Primary School before completing his secondary education at Gaynstead High School. His love for music is innate and was fostered by his involvement in the school choir while he was in primary school. While in high school Junior X formed a group called The Brimstone Crew along with several other youths from his community. Together they spent a lot of time penning lyrics and performing in the community. Eventually Junior X was left all alone to pursue his musical ambitions on his own as the group broke up because several of its members migrated from the community. In the early 1990’s his friend Daddy Screw took him to top flight producer Dave Kelly’s studio. He auditioned for Dave Kelly who was very impressed with his writing skills, but thought he was not ready to start recording at the time and advised him to work on his vocal skills. As faith would have it a few years later he linked up with Dennis Wright who was the manager of Chaka Demus & Pliers. While working with Dennis Wright he co-wrote several songs with the hit making duo.

Junior X also recorded an unreleased album for Dennis Wright. In 2002 it seemed as if Junior X had finally gotten the break he dreamt of when he began working with Herbs House Entertainment. He recorded an album for this company which is still unreleased. However the company released several singles from the album all of which became big hits in Jamaica when released in 2005. These singles are Plead My Cause, Freedom, Seek Your Goal. The following year Junior X stopped working with Herbs House Entertainment because of irreconcilable differences. However this did not stop his career from flourishing. As a result of his popularity there was a demand for him to perform overseas in countries such as Japan, the US and the Bahamas. He also continued to record for several other labels and performed on major events locally such as Champions in action (2006), Rebel Salute (2007), Bob Marley Birthday Celebrations (2007). From 2007 to 2014 Junior X released some songs with his former manager company and record label Revolutionary Entertainment such as Not Afraid To Live (2010), Destiny ft Gyptian (2010), Gansta Life (2011), and also Real Link (2014). Junior X is now looking forward to an even productive and brighter career. He is currently working on some new musical projects such as the recording of an EP and more new singles.