Home On The Rise Vijahn 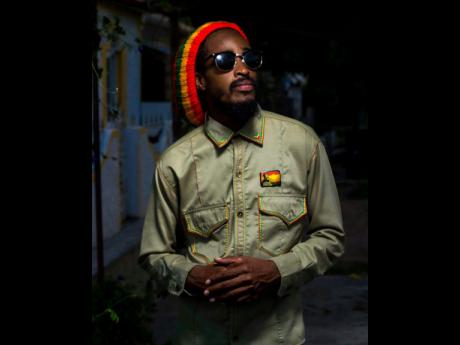 Born Anthony Edwards in Kingston, Jamaica on April 7, Reggae singer Vijahn got his motivation for music during his early childhood days while growing up in Portland in a little community called Rock Hall District. Influenced by his grandmother, Mamma Petty, music became a driving force in the young man’s life from as early as he can remember. In fact, he wrote his first song at age 8 years.
Growing up in a Christian home, he first showcased his talent in the church and at school concerts.
It was after converting to the Rastafarian faith that the conscious Reggae artiste saw his true calling in a vision, and took on the stage name ‘Vijahn’, adding his own brand of uniqueness. Now on a path of impacting the world with his distinct lyrics and style, the young man describes his music as real life, embracing icons such as Bob Marley, Peter Touch, Joseph ‘Culture’ Hill, Bounty Killer, Sizzla, Capleton and Louie Culture as his role models.
A graduate of Rock Hall Basic School, Rock Hall All Age School and Titchfield High, Vijahn once had aspirations of becoming a doctor, in order to make his grandmother proud. His heart was moved by how hard she had to work as a higgler in the Coronation Market to send him to school, so he purposed to pursue a career in the notable profession. However, music had different plans for him.
That defining moment came during Vijahn’s final year in high school, following a performance in Neville Antonio Park in Portland, at a Richie B Road Show being broadcast live on radio. The upcoming Reggae artiste earned a huge encore for the original song ‘Accelerate’. Richie B, one of Jamaica’s highly rated disc jockeys, told him “yute, a some Bounty Killer lyrics you a spit”. Seeing the pride the people of his community had in him, Vijahn accepted then and there that music was his calling.
In 2000, under the stage name ‘Bones, he entered the all Island TVJ Reggae Trail contest and was placed second. Two years later, he recorded his first professional song with Mark Cobran, entitled ‘Jamaica’.
In 2004, a life-changing transformation came for the young man when he embraced the Rastafarian faith. He met Cleveland Scott, CEO for Home Run Productions, who immediately saw Vijahn’s raw, untapped potential and began grooming him for bigger and better things. Among the songs he recorded for Scott were ‘Wonderland’, ‘Mr. Bigman’ and ‘Battlefield’.