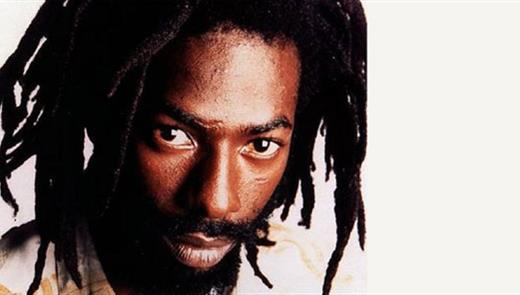 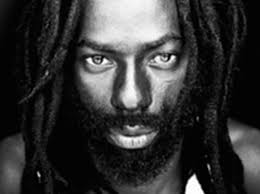 Mark Anthony Myrie, known as Buju Banton, was born in Kingston, Jamaica on July 15, 1973. Buju is a nickname given to chubby children that means breadfruit in the language of the Maroons in Jamaica and was given to him by his mother as a child. Banton is a Jamaican word that refers to someone who is a respected storyteller, and it was adopted by Myrie in tribute to the deejay Burro Banton, whom he admired as a child. He is the youngest of fifteen children born into a family that was directly descended from the Maroons of Jamaica.
Gargamel,as Buju is sometimes called, released early dancehall singles in 1988 but came to prominence in 1992 with two albums, Stamina Daddy and Mr. Mention, which became the best-selling album in Jamaican history upon its release. 1992 was an explosive year for Buju as he broke Bob Marley’s record for the greatest number of number one singles in a year. Beginning with “Woman fi Sex”, Buju’s gruff voice dominated the Jamaican airwaves for the duration of the year. Banton’s debut album, Mr. Mention, includes his greatest hits from that year. 1992 saw the unsanctioned re-release of “Boom Bye Bye”, which almost destroyed his career.
Banton’s lyrics often dealt with violence, which he explained as reflecting the images that young Jamaicans were presented with by the news media. In 1993 with the murder of three of his friends, Gargamel responded with the single “Murderer”, which condemned gun violence, going against the flow of the prevailing lyrical content in dancehall.
‘Til Shiloh (1995) was a very influential album, marking a slight shift away from dancehall towards roots reggae. Buju claimed to have sighted Rastafari and his new album reflected these beliefs.
Inna Heights (1997) substantially increased Banton’s international audience as Buju explored his singing ability and recorded a number of roots-tinged tracks, including the hugely popular “Destiny” and “Hills and Valleys”.
His 2010 album Before the Dawn won Best Reggae Album at the 53rd annual Grammy Awards
In December 2009 Drug Enforcement Administration agents remanded Banton to custody in Miami, where the U.S. Attorney charged him with conspiracy to distribute and possession of drugs. He was found guilty in 2011 and and is schedule to release December 2018.