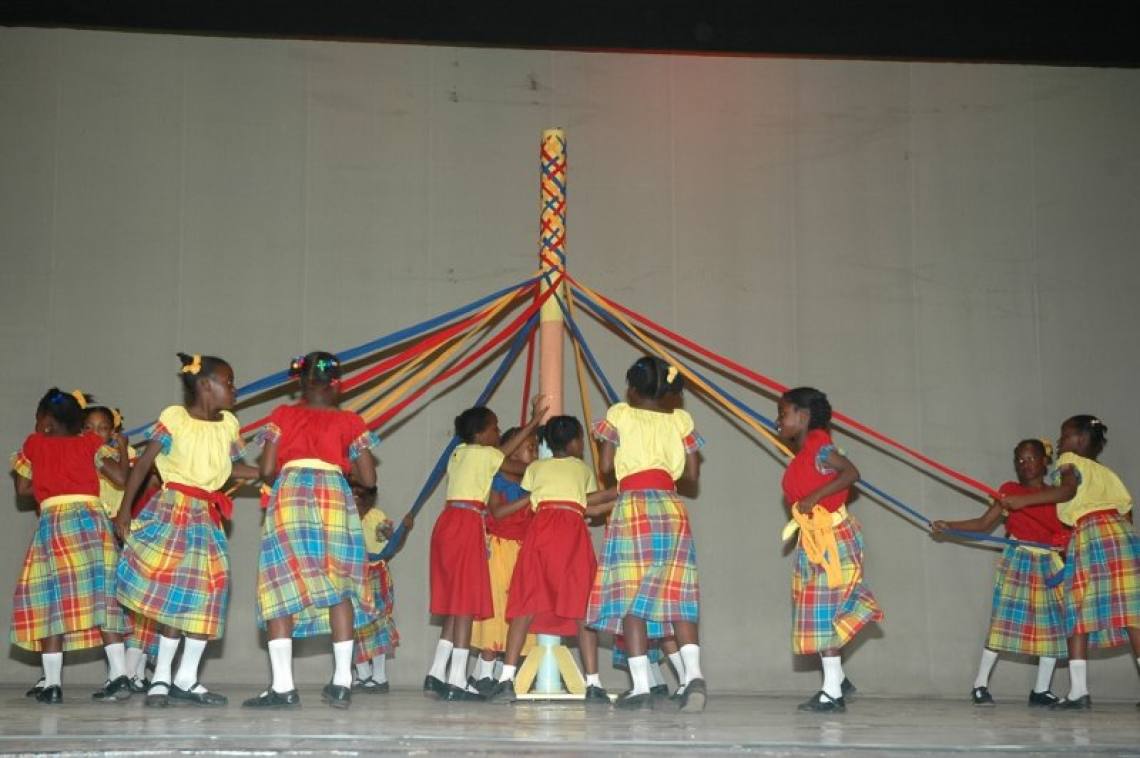 Mento is the original popular music form in Jamaica, developing during the plantation period and holding sway up to the 1950s. It was born out of the fusion of African and British influences.  Its performance mode, rhythmic impulse, as well as its call and response type of singing are African in origin, while the scale patterns, harmonic concepts, verse and chorus song types are British.

Mento was one of the vehicles by which aspects of life considered taboo, were addressed.  Often done with a touch of humour, the words of the accompanying songs addressed our social and economic struggles. A Mento band could be found in most villages throughout the country.

Mento is regarded in some circles as the Jamaican equivalent to calypso.  While some of the songs were aired regularly, others were banned as they were thought to be too sexually explicit.

Today, Mento is played mainly by bands in North Coast hotels and as accompaniment for dances such as the traditional Quadrille.

Quadrille originated from the popular dance of the French and English in the 18th and 19th centuries.  It highlighted the elegance and mannerisms of the elite of these societies. It is however believed that Quadrille began in France as it was the leading country in cultural development, especially in the dances of the period.

Quadrille is performed in four distant movements called figures, A fifth or “brawta” figue was later added to the dance – the Mento.

The Square and Long Way Set formulation of Quadrille was introduced in Jamaica in the early 19th century.  However, as the dance developed, the names were changed to Ballroom Quadrille and Campstyle.

The Long Way Set formation (Campstyle) was performed mostly in the rural areas.  In this dance, four couples stand in two lines facing each other, all of whom move at the same time.

In Square Quadrille (Ballroom) was performed mostly in the towns where the elite resided.  They tried to maintain an atmosphere of elegance and grace as their counterparts in their home country.  In the ballroom, four couples stand in the cardinal position where the head and tail couples move first followed by the side couples.

Both the Campstyle and Ballroom Quadrille dance we know today include African elements, but this is more evident in the Campstyle version.

There are five African features in Campstyle Quadrille.  These are: the spectacular footwork by the men, the bent knee quality, the throw back, practised by the black to mimic the whites, the use of the hips and the incorporation of steps from other European social dances.

Although the Campstyle Quadrille includes African elements, it still retains original elements such as Advancing and Retreating, Crossing (pass though), Promenade, Figure of Eight made by Ladies, Star Formation, Grand Chain, Wheels and Balancing.

Of particular interest is a bass instrument constructed from a piece of thick bamboo about 13.13 m (4 feet.) long.  A string which is attached is pulled against a hole as the musician blows through.  Musicians sometimes used improvised instruments made from discarded materials such as pieces of iron and empty sardine tins.  The women dancers’ dress was rustic which head-ties while the men wore bright shirts.

The popularity of Quadrille declined after the introduction of American music and calypso in the 1950s. Today, it is mostly performed as part of the annual festival celebrations.

The Ettu dance is performed in the parish of Hanover and is a social dance from Africa. It is believed that Ettu is a corruption of the word Edo, the name of a West African Yoruba Tribe.  The dance involves the lifting, and dropping of elbows and shoulders, with the feet doing sideways shuffling step.

The dance metre is of two types, simple duple and compound duple, known as the blues. The songs are short and repetitive, built on four notes only and sung in a Yoruban dialect.

The Maypole dance originated in the 15th century and is now the national dance of St. Vincent, performed on May 1 (May Day). It celebrates the coming of spring and new growth.

The dance was introduced to the island by slaves and was usually on May 27, Queen Victoria’s Birthday.

Maypole, also referred to as the Long Ribbon Pole in rural areas, was a part of outdoor social festival of old England and Jamaica and was performed at fairs, garden parties or picnics.

There are various styles in Maypole, more popular being the Spider Web, Flair, Dome and Umbrella.

Maypole is still performed in the rural areas a village fairs and on other celebratory occasions. 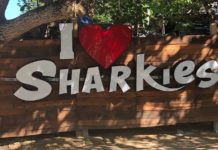