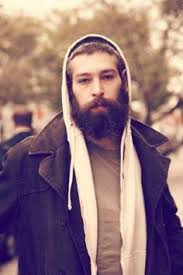 Grammy-nominated reggae singer Matisyahu will be releasing his sixth studio album titled Undercurrent on May 19.

According to him, it is his most courageous release to date.

“This is the first album I’ve made that is produced by myself and the band without any outside forces involved. It’s my baby. No compromises, full artistic integrity,” he said.

The track listings include Step Out Into The Light, Back To The Old, Coming Up Empty, and Blue Sky Playground.

Matisyahu said the first single, Step Out Into The Light, sets the tone for the set as he delves into a musical reframing of the Jewish philosophical differences between the constant of faith (‘Emunah’) and the immediacy of trust (‘Bitachon’).

“Emunah is nothing more than an understanding that God runs the world and is part of the world in every way and in every dimension. Bitachon is a trust or reliance in God (or friends, family, etc) for your own personal journey through this world. Someone can intellectually understand or emotionally have faith that the world is beyond the self, but still have no trust that world cares at all about his own personal life and journey,” he said.

A Hasidic Jew, Matisyahu’s given name is Matthew Miller. Known for blending Orthodox Jewish themes with reggae, rock and hip hop beatboxing sounds, his 2005 single King Without A Crown was a Top 40 hit in the United States.