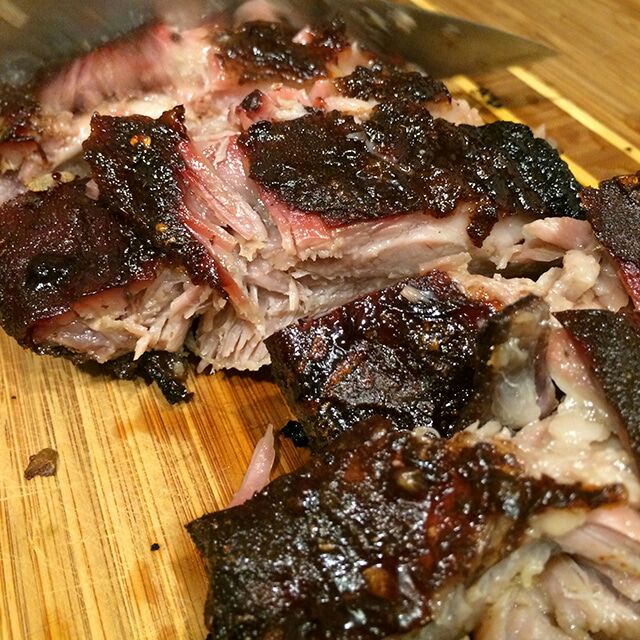 Over the years there has been many stories told about the origin of jerk, but only a few people knows why it was done. It is common knowledge in Jamaica that jerk was started in the mountains by the Maroons, who adapted Taino/Arawak techniques of preserving meat mainly wild boar.
Nanny of the Maroons, a Jamaican National Heroine, is well known as one of the leaders of escaped slaves. The Maroons lived in the Blue Mountains with the Taino natives hiding from the slave masters and soldiers. They cooked the wild boar by jerking so that the flavors could penetrate the boar and preserve it. They dug pits and put the boar in with a slow burning fire. This allowed the wrapped and buried boar to cook without drawing attention to their camp sites. They found out that if they cooked above ground, the soldiers would find them the following morning by following the smoke. This method of roasting the wild boar would also trap the moisture into the meat leaving it tender and succulent.
Originally the spicing for jerk included bird pepper, pimento, (a.k.a. allspice) and salt. Scotch bonnet peppers became a part of the now traditional recipe. Other seasonings include, onion, scallion, ginger, nutmeg and thyme. Each person add or subtract seasonings according to their own liking.
The etymology of the word jerk is unclear. The authoritative hypothesis is that it is from a Spanish word that was derived from the Peruvian word charqui. This is the word used to describe dried strips of meat by the indigenous natives of Peru. It is believed that these people passed the knowledge of preserving meat this way throughout the Caribbean. Some say jerk comes from the process of ‘jerking’ the meat, which was poking it with holes through the skin, so that the flavor of the spices could thoroughly penetrate it before it was cooked. Supporting this hypothesis is the use of ‘jook’ in patois, meaning to poke.
Jerk pork was brought out of the mountains and down to the beach in Boston, Portland Jamaica. This was the site of the first jerk pit. The meat is no longer prepared in the ground, but is now done in what is called a jerk pan or pit. You can now find a jerk center or person any and everywhere on the island.
So the next time you have a piece of jerk, whether it’s pork, chicken or fish, remember it was started for the survival of the Jamaican people.
Reggae, jerk, land of wood and water….Jamaica land we love. 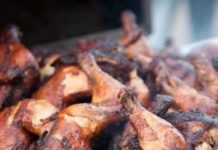