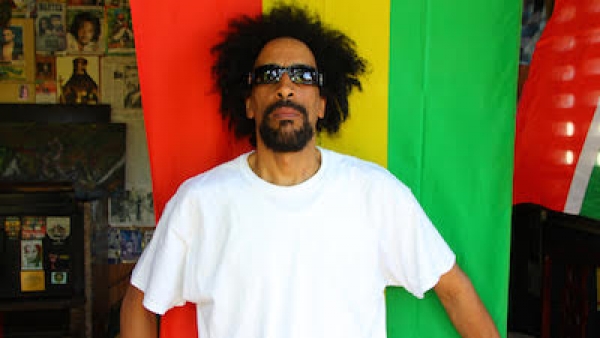 EMMANUEL ANESBA WANTS TO FREE YOUR MIND WITH HIS EP, ‘BLACK PEOPLE’

Growing up in the tough neighbourhood of St. Paul’s in Bristol in the southwest of England, he saw West Indian immigrants and black British struggling to gain a foothold in the country.

“I know what it means to struggle as a black man in a country dominated by whites. The prisons are disproportionately filled with people of colour,” he said.

He is the product of a Jamaican father and English mother. His father owned the Black and White cafe in St Paul’s which was one of the precursors and flash points before the infamous 1981 race riots in Britain.

“I was nine years old, it was April 1980, and I was coming home from school, and police had raided the cafe and the man dem decide to retaliate against the white cops and dem mash dem up, and the white cops tek weh damsel” he said.

However, the government had the last laugh because they eventually confiscated the cafe years later, after Emanuel had taken over proprietorship from his father.

“Babylon take it away, dem claim say illegal drugs was being sold in the area around the cafe. Eventually, dem knock it down and eventually reimburse me but is just one more example how The Man oppresses people of colour, dismantling their businesses,” he said.

That is why Emmanuel Anebsa makes  freedom music for people of colour and minorities.

“I know the struggle is real, young people, don’t sell out, make up your own mind about things,” Anebsa said.

He has recorded 33 albums, which have all been released on his own Wont Stop Records. He has worked with artistes such as Junior Kelly, Anthony B, Turbulence, Jah Mason and Doniki.

Anesba’s latest EP is called ‘Black People’ and is his most ambitious to date as he has enlisted a who’s who of Jamaican musicians such s Earl ‘Chinna’ Smith, Robbie Lyn, Chris Meredith and Kirk Bennett.

Some of the songs of his EP include the singles, ‘Black People’, ‘Cant Take No More’ and ‘Love Song’.

The album has been released on iTunes and other download sites.

“I can free you if you listen,” he said.