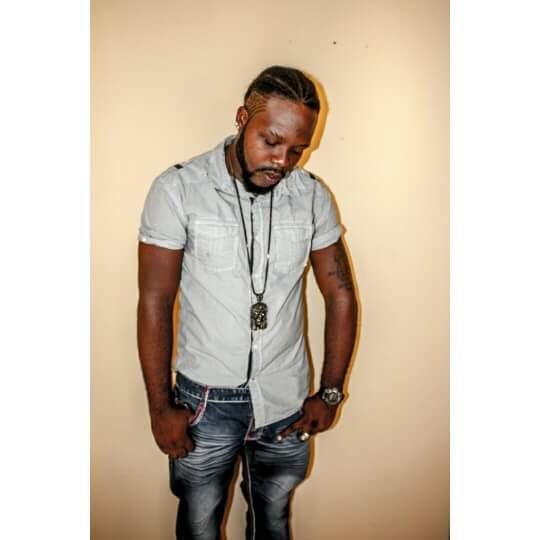 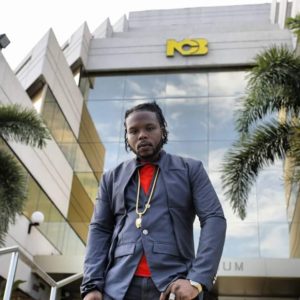 Born in the Seaview Gardens community, Christopher Anglin aka Deno Gee, grew up in a melting pot of talent. All around he saw and felt the aura and magnetism of music. His father, one of his musical inspires, Angel Doolas, introduced him to music because of his involvement as a recording artist, turning out songs with famous entertainers such as Bounty Killer, Ninja Man, Chuck Fenda, to name a few. Other inspires are Bob Marley and Bounty Killer, who have paved his desire to becoming infamous in the music industry.
At the tender age of four he received his first musical instrument, the drum, that provided the first real opportunity to challenge his talent into something lucrative. For him drumming became a channel through which he could express himself and saw it as a way to excel.
At Cockburn Gardens Primary and Junior High School, Christopher became a star pupil. His drumming was far superior than anyone’s and propelled his activism as the leader of the school’s drummers. The group repeatedly entered the JCDC Festival competition and won numerous gold medals led by individual golds from Christopher. This changed his life and gained him an exemplary position of prefect. With his confidence soaring, Christopher, along with his best friend Courtney Brissett, entered the school’s talent competition as sing jays and won. After leaving Cockburn, Christopher rose in prominence as a student of Jose Martin High, where he achieved five CSEC subjects, a drummer and a musicologist, honing his art, while shaping his sound and his image. No longer was he seen as Christopher, but as Deno Gee.
His introduction to the recording industry was automatic. He recorded his first solo record at King Jammy’s Studio produced by Jammie James aka Jam2 with a hit track entitled “Pretty Panty”. He has collaborated with artist such as his father, Angel Doolas, up- coming reggae artists and veterans in the business.
Deno Gee works very hard on his music. For him “music is his life”. He has experienced other fields of work, but finds no career that makes him more content or happier than music.
A prudent thinker, very straight forward, highly motivated, honest, kind, loving, family-oriented individual whose passion, fervor and ambition always propels him to aspire to heights yet untapped in the music industry. An artist on the rise. One to look out for in the future.